The visionary Allen Soup gathered the best winemakers from around the globe to achieve the top standard for wines. Find out more about it!

After a successful tenure at Chateau Ste. Michelle as the CEO, Allen Soup was ready to take up a new challenge. He took on the project to raise the bar for quality wines coming out from Washington and established Long Shadows Vintners. The idea behind this venture was to assemble a cadre of master winemakers and provide them with the best fruit to make premium quality wines. He assigned Gilles Nicault as the director of winemaking who would then collaborate with winemakers and create a flagship wine with each of them. 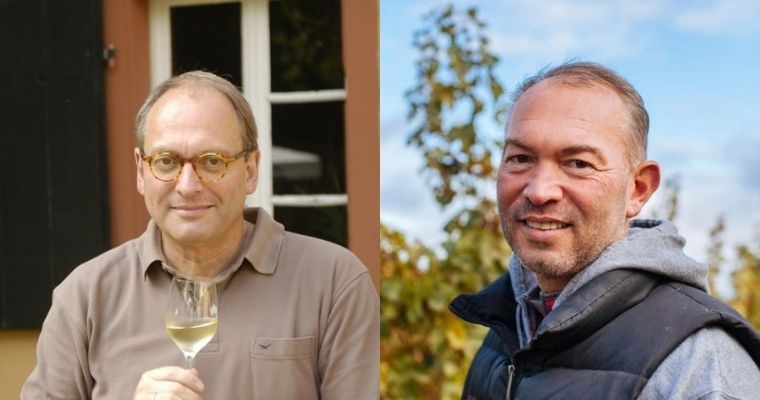 Allen assembled 9 of such winemakers. Armin Diel, owner of Schlossgut Diel in Germany's Nahe region came to Washington in 2003. Gilles collaborated with him to produce the best Riesling. He assisted Diel in every stage of the process and helped him to create a consistent style of wine. Eventually, they launched the first vintage of Poet’s leap (100% riesling) and immediately won the hearts of all the critics. "My emphasis was to preserve Poet’s Leap Riesling with as much freshness as possible with a small amount of residual sugar." - said Armin Diel according to  Long Shadow Vintners. Over the years the poet's leap has been the flagship white wine of Long Shadow vintners and has won numerous awards for showcasing the top-of-the-line quality.

The Poet’s Leap Riesling won the best “Wine Of The Year (By The Glass)” award at the prestigious Sommeliers Choice Awards 2021. This lively Riesling with delicious minerality also received a double gold medal at the same competition. 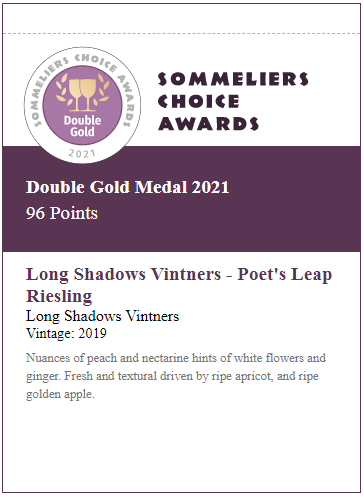 The Benches at Wallula offers an immaculate climate for the grapes to flourish. Situated at an altitude of 1400 meters above the sea level at the top end of the vineyard, it quickly drops to less than 1000 meters on the edge of the Columbia River. Such topography offers a diverse series of meso climates. The river garners the heat during the day and offers cool nights that allow the grapes to retain acidity. 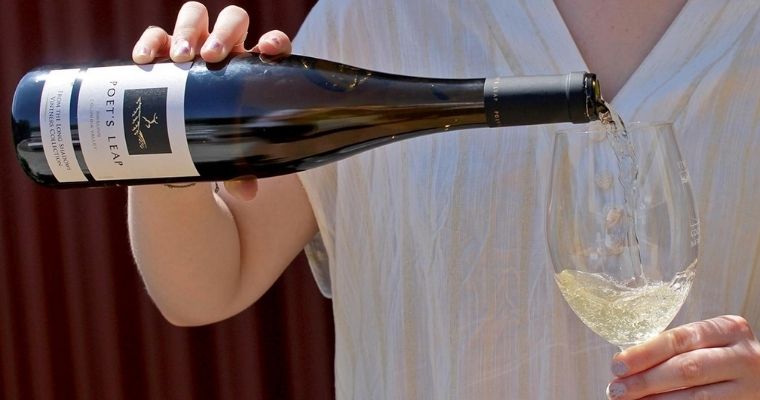 Sagemoor farms are one of the oldest and most prestigious vineyards of the Columbia Valley. Thanks to Allens’ long-standing relationship with the growers, a portion of the riesling is sourced from here. The soil is completely different compared to the Benches which allows an amalgamation of diverse flavors in the resultant wine.

Over time, Gilles and Allen have tried and experimented with uniquely styled wines in small batches. A few of these are now available along with Long Shadows’ flagship wines. They include Dance Chardonnay, Cymbal Sauvignon Blanc, and Julia’s Dazzle Rosé, named after Allen’s granddaughter.

This individual dream eventually became a family-run business. Dane Narbaitz, who is the stepson of Allen, joined the brand in 2005 as director of sales and later was announced as the president in 2008. Along with this, Danes’ wife Sara worked with Microsoft for 10 years and also joined the family business in 2010 as director of communications. Allen’s son Ryan took charge of the Woodinville tasting room just after his graduation. He now holds the position of director of retail sales.

We hope to see the next adventure that Allen and his family take on!