With prices of Californian wines steadily rising, collectors in the U.S. and across the globe turn to top-tier Californian fine wines making it the most important wine region of the world outside France and Italy.

With over 139 AVAs (American Viticultural Areas), California produces some great wine that depicts the diversity and quality of the region. Wines from California gained momentum right after the ‘The Judgement of Paris’ which took place in 1976 and changed the image of Californian wines across the world. The blind tasting competition was judged by late Steven Spurrier and Patricia Gallagher where the first tasting was top Californian Bordeaux blends against Bordeaux classed growths. The other tasting was Californian Chardonnays against the white Burgundian counterparts. As the scores were rolled out, Californian wines took the lead in both categories. This not only opened so many doors for California but also influenced the future of its growth which is on a rise presently. Over the years. California has managed to challenge the conservative image of wine and broken many stereotypes with its approachable nature and contemporary marketing.

According to Liv-Ex, for a wine to qualify for the 2021 fine wine ranking, it has to be traded at least 15 times on Liv-Ex in the year till 30th June. The trader must also encompass at least five vintages of the wine and the prices in the top-tier should start at $4,218 per 12-bottle case in bond. 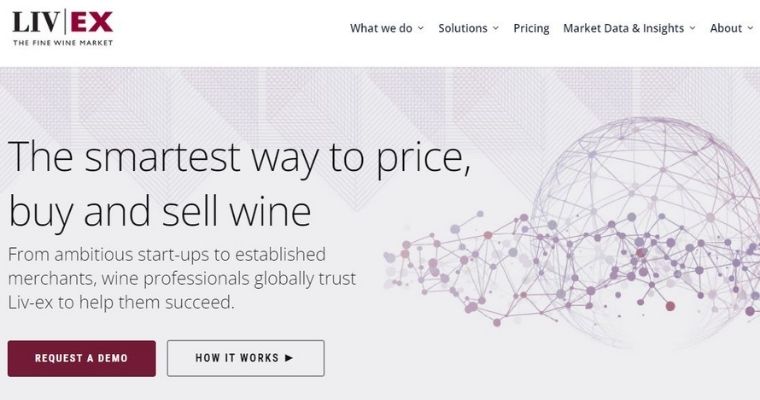 Californian fine wine has seen an immense rise in demand over the past few years and has boosted the value of wine globally. US wine businesses are also emerging as active buyers on the secondary market. According to Liv-ex, there has been a great addition of producers from California, and their fine wine market share rose from 0.1% to 7.9% by value in 2021 followed by Bordeaux, Burgundy, and Champagne. The prices of the top wines from California also rose by 32% in 2021 while securing the highest number of 100-point wines. Gaining vigor and recognition among the rare-wine collectors, wines from California took over a value share of 7% in the fine wine market against the ever-shrinking share of Bordeaux in 2021 (Source - Liv-ex). According to the Californian Wine Institue, Canada ranked first on the largest export market list of California wine accounting for US$242 million in 2020.

“Californian wine was the catalyst and then the locomotive for change that finally pried open the ancient European wine land’s rigid grip on the hierarchy of quality wine and led the way in proving that there are hundreds if not thousands of places around the world where good great wine can be made.” - Oz Clarke, British Wine Writer 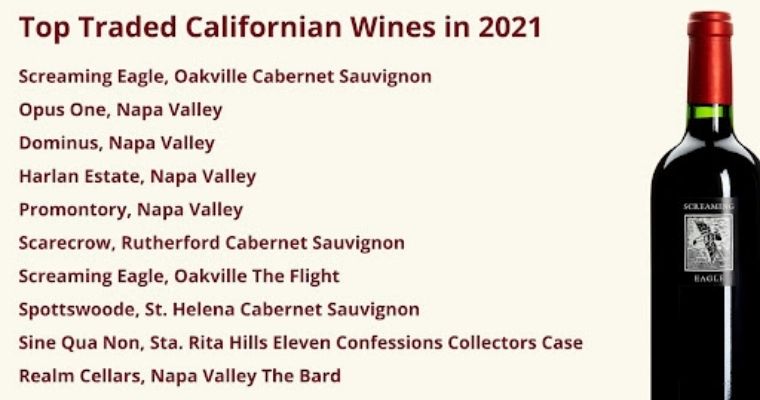 The first trade of Californian wine on Liv-ex took place in 2002 with a case of Kistler Vine Hill Vineyard Pinot Noir in 1999 which outset California’s secondary market existence. Other producers including Stag’s Leap, Inglenook, and Robert Mondavi laid the foundation for the emergence of cult brands. Screaming Eagle was the first in line that established the formula for success through its 1992 vintage which was released in 1995 and received 99-points by Robert Parker. A small production of Cabernet Sauvignon in Napa Valley, Screaming Eagle has become the ultimate cult Californian wine and has an average market price of £30,957 a case (Source - Liv-ex). The cult was later followed by Opus One, Dominus, Harlan Estate, Scarecrow, Colgin, Joseph Phelps, and Sine Qua Non. 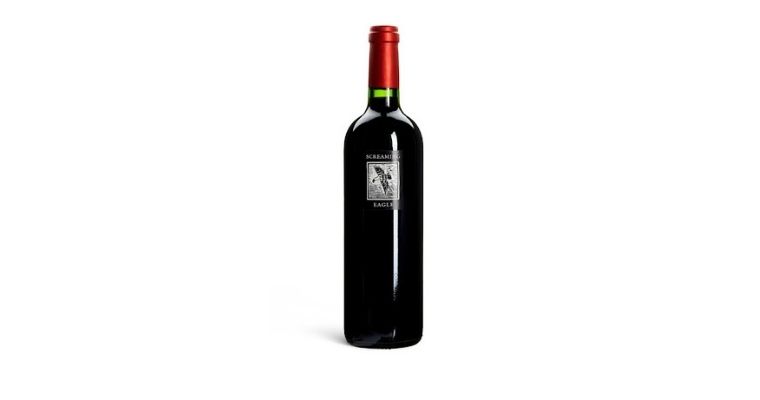 Napa Valley, one of the prestigious wine regions of California accounts for more than half of all the trading i.e. 51.2% in the fine market of the U.S. The Napa wine successes have been consummated from their partnerships with Bordeaux icons. The ‘first growths’ of Napa are still aggressively priced even when they are compared to the cream of Bordeaux’s cru classé estates. The full-bodied style of Napa wines suggests an aging potential which eventually makes them a collectible item. The majority of the trade from Napa is accounted for by Cabernet Sauvignon-based wines while there has been increasing demand for a greater variety of wines from the sub-AVAs of Napa including Oakville, Rutherford, and Stag’s Leap. However, with more wines trading on the secondary market, Napa Valley is slowly losing ground to other AVAs in California.

Offering a wide variety of climate and soil conditions, Sonoma County is famous for its Chardonnay, Pinot Noir, Zinfandels, red blends, and sparkling wines. The wines from this region have recently attracted investment in the secondary market due to their higher accessibility and diversity. This Californian wine region has over 450 wineries that range from small and independent, to large top producers. Some of the flagship wineries that hail from Sonoma are St. Francis, Kendall Jackson, and Kistler.

Factors that have Surged the Demand of Californian Fine Wine

Tiny volumes, the word-of-mouth hype, and the leading critic scores have played a huge role in surging the demand for Californian fine wine in the secondary market and increasing its prices. The following are the constant factors that have led to an enormous demand for these wines.

The quality of vintage has a key role to play in the formation of price for these fine wines. In the past year, many critics like Lisa Perrotti-Brown MW and Jeb Dunnuck have been praising the wines from California. The score reports have netted California the highest number of 100-point wines awarded in 2021 (Source - Liv-ex).

This has been a constant contributing factor in the rising trade and prices of Californian wine. La Place de Bordeaux, the historic system used by merchants of Bordeaux to distribute their wine globally, has been a huge contribution towards the expansion of the distribution network of California. In 2004, Opus One - Mouton Rothchild’s California collaboration with Mondavi was the first one to distribute exclusively via La Place. Every September, some of the most in-demand and prestigious wines are released here from corners of the world with the US always coming up with a wide variety.

The increased distribution of Californian wines globally especially through La Place has led to a growth in their exposure on the secondary market.

Future of the Californian Fine Wines

Producers in California are facing climate change challenges whose effects have knocked repercussions on the 2020 vintages. The unprecedented droughts and fire events in the last year pose a huge question on the future of California as a wine region. Many producers are scaling back productions of their 2020 vintages or some are even canceling them altogether. Renowned estates like Colgin and Schrader have already announced that they will not be producing any wine from the 2020 vintage. However, the UK scrapping off the VI-1 forms that will change the promises to remove import certification from all wine imports and levels will boost California’s secondary market. It will be substantially easier for the UK trade to buy wine from inside as well as outside the EU.